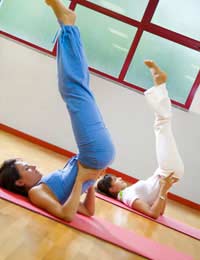 Acute stress is something that can affect any of us during the course of our lives and, unlike long-term stress, comes in short bursts, after an accident, a fright or some other event that has an effect on the body’s emotional and nervous systems.

As acute stress doesn’t last very long it is not likely to harbour any of the long-term effects of other levels of stress, such as physical ill health, but it can be enough to render a person unable to function properly for a short time.

The most common symptoms of Acute Stress are:These effects are often found to be happening in groups if a person is suffering from acute stress. Indeed it is likely that if you were to become involved in an argument with a friend or loved one you would feel several of these symptoms at the same time. Irrational behaviour such as shouting, yelling, screaming or using language not befitting of your normal demeanour may be part and parcel of suffering acute stress.

Acute stress can also manifest itself as exhilaration. This sometimes is the case if you were to run a long distance, find yourself in a situation you are unfamiliar with or receive a shock. The sudden nature of the shock to the system brings about this stressful period. In short bursts it causes little or no problems but if it continues over a longer period it can leave the sufferer feeling weak and exhausted.

Many people find themselves suffering from acute stress in the workplace as well: again this can come about whilst trying to juggle a heavy workload or by trying to race for a deadline. More often than not the onslaught of acute stress can slow the individual down and make it difficult, if not impossible, to complete the tasks set to them as an inability to concentrate creeps in.

If you are one of the many people who do find themselves suffering from acute stress there are plenty of things you can do to alleviate the situation.

Try, first of all, to take deep breaths and not take rushed shallow ones. This is a good way of regulating the body’s blood pressure and helping the brain to focus by allowing more air to circulate around the system: people suffering from acute stress – and indeed the more disturbing panic attacks – find that they suffer from a lack of oxygen, which in itself, can cause complications to arise and slow down the process of returning to a normal rhythm.

You might find counting backwards may also help; focusing your attentions and energies on something else for a period of time is well known to help relieve the symptoms of acute stress and also return the body and mind to their normal balanced levels.

If you are a sufferer of acute stress try breathing exercises and also a form of alternative therapy such as yoga, reflexology or aromatherapy. Conditioning your mind to react in a calmer, more rational way can be achieved by conditioning your mind in quieter surroundings to things that might normally take you by surprise.

Your doctor may be able to offer you some advice on ways you can combat acute stress but it is unlikely that he or she will prescribe any sort of medication as the problem – as we have already mentioned – is normally short term and its effects non-harmful.

Questionnaire: Are You Stressed?