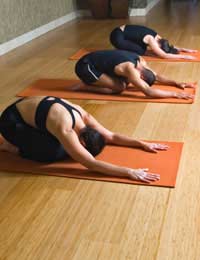 Nowadays alternative therapies and complimentary medicines sit alongside conventional medicine as a means of reliving stress and, for the most part, without using medication.

Over the last twenty years the number of alternative therapies and those people practising them has increased considerably along with the demand of stress suffers to find a cure for their problem without having to resort to prescribed pills.

What Are Alternative Therapies?

Alternative therapies come in a variety of guises and be used for other conditions other than stress.

Here are some of the most common to be found today:

All of the aforementioned therapies require no drugs to be administered and concentrate solely on relieving the sufferer of their tension and ultimately their stress.

Aromatherapy uses oils as a means of producing a calming influence on the user in an environment, which is calm and conducive to the mood they wish to adopt. Certain oils give off relaxing scents and have mind healing properties.

Reflexology is the method of manipulating the feet as a means of reducing stress as well as dealing with physical ailments elsewhere in the human body. Each part of the foot is comparable to various organs and the practice of firmly massaging the feet not only brings about a calm and relaxed manner but can also reduce stress levels.

Acupuncture – the procedure by which metal needles are inserted into various areas of the skin; namely on the wrist the arm, the abdomen or the feet. This ancient practice is designed to manipulate those parts of the body, which again control and heighten stress or anxiety levels.

Positive Thinking – the means by which a sufferer will tell themselves that they can carry out a certain task or overcome a certain obstacle and convince his or herself that they can. This is also very much like chanting a mantra but can used at any time in any place.

How Successful Are They?

Registered practitioners nationwide have employed all of these methods and all have shown marked success. Indeed so much so that many employers now utilise the services of many of these practitioners in the workplace to help their staff relieve stress and anxiety and also provide their staff with the opportunity to discuss their problems with an occupational psychologist.

It is, however, fair to say that in some instances, regardless of which method an individual tries, there can be failings. These failings are not on the behalf of the practitioner but on the behalf of the sufferer whose levels of stress or anxiety far outweigh any psychological or alternative method available.

In these instances the sufferer should seek the advice of their doctor with a view to having a consultation with a psychologist but there is no denying that alternative therapies are as much a part of the stress sufferer’s arsenal of weapons as conventional medicine which can – at best – reduce the stress levels endured without actually cutting them out altogether.