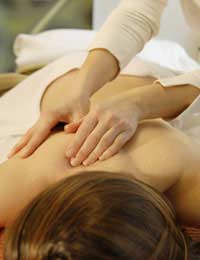 Stress, as we know, can manifest itself in many forms and so too do the means by which to combat the problem.

Many people hold dear the notion that conventional medicine and wisdom hold the answers to the problems of stress and related anxieties but we are now becoming more and more open to the possibilities of stress therapies; a range of alternative treatments that deal with the factors of stress on an entirely different plain of thought that those of prescriptive medicine.

Stress therapies are not a new concept by any means. Many different cultures have been practising stress therapies for generations – indeed for thousands of years – ranging from the Aztecs to the Greeks to the Egyptians and the Chinese. Each of these civilisations had their own means by which to deal with stress and other bodily ailments without the use of medications.

Indeed, many of the therapies we know and use today have been lifted directly from the teachings of these ancient civilisations that used them as their primary source of healing.Such therapies as acupuncture, Indian head massage and yoga have their origins from civilisations who survived on what they were able to do for their people without medicines per se.

Acupuncture, one of the oldest forms of stress therapy, is the insertion of metal needles into strategic points around the human body. These needles act as pressure points and when placed on the wrists, the hands, the feet and the abdomen do show signs of bringing relief to stress sufferers. Indeed acupuncture is now commonly used as a means to bring about the cessation of cigarette smoking or alcoholism.

Indian Head Massage is used as a means of relieving tension and stress by massaging the head area, kneading and pressing on the muscles and joints around the head, neck, face and shoulders.

Yoga has been around equally as long and is used not only as a means of meditation but also as a means of helping stress sufferers come to grips with their stress levels and lower them were possible.

Many people find the ability to relax and take their minds to a place somewhere between the conscious and subconscious mind a great comfort and a greater way of relieving their stress levels which are inflamed due to pressures at work or family pressures.

Who Can Practice Stress Therapies?

Stress therapies are accessible to anyone now given the number of registered practitioners through the country and anyone with a willingness to try something different from the conventions of normal medicine and treatments should perhaps look at them as an alternative.

However it must be said that if you do wish to try one of the many stress therapies that are available as an alternative should first consult their GP especially if they are undergoing a course of treatment that involves prescription medication.

You will find that your doctor is open to the idea of trying these treatments but you should be aware that there is a risk involved if you do not seek your doctor’s advice prior to trying another form of treatment in particular if you have a conventional form of treatment already undertaken.

Creative Ways to Help You Wind Down

Why Alcohol Does Not Aid Relaxation